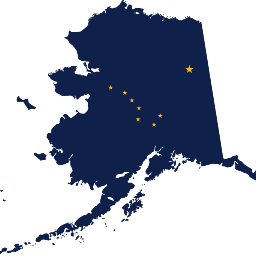 By far the most common question I've been asked by friends and family is "Why Alaska?" Well... why not? 9 April 2022

That's the short answer. The long answer is essentially the same, though. I've been out of school for nearly a calendar year, and all I've done in that time was work at a dumb pizza place where everyone hates themselves and nearly everything else. I kinda reached a point where, seriously, why not? I'm young and relatively unburdened, and six months of time isn't going to be any worse for me than the full year I wasted prior. I want the adventure, uncertainty, frankly... anything other than the same old crap. Maybe I'll stumble on some piece of wisdom that will make me a functional human being, maybe I'll just sell myself to the Army. Anything's better than being stagnant.

I'm Art. In my little hometown, I graduated high school and got my Associate's in Arts in Music, ez. Then I moved to University, and two semesters later, I came back home with a failing grades, diagnosis of severe adult ADHD, and a girlfriend who was in much of the same situation I was. Six months working full time at a pizza place got me nowhere, and after stumbling upon an opportunity to work at a hotel in Alaska for a while, my girlfriend and I immediately took it. At this point, it couldn't hurt anything. Welp, that about catches you up to my situation lmao